TAMASHA premiere at Luxus Grand Cinema – An affair to remember

Watching movies in cinema has been fun and exciting for everything is so amplified there, one can just drift away from reality and have some fantasy time. But still the environment and ambiance of the cinema plays a major role in the experinece. Recently,  I attended the red carpet premiere of a Bollywood flick TAMASHA, hosted by Troika Events &  PR in lahore. Here is a little account on the star studded affair and yes my take on the cinema as well.

On Thusday 26 November 2015 the premiere of a Bollywood movie TAMASHA, with a promising cast featuring Ranbir Kapoor and Deepika Padukone was organized at the Luxus Grand Cinema Lahore by team Troika Events and PR . The premiere was a well attended affair where models, actors and socialites were spotted.

Luxus Grand Cinemas started its operations in January 2015 and is the only cinema in Lahore which is located inside a hotel. The three screen multiplex has digital 3D screens, with a state of the art 7.1 surround sound system and is situated in Luxus Grand Hotel.

Previously, the cinema did not receive much appreciation, so some major renovations were done and with the Premiere of the movie TAMASHA, It was sort of a Relaunch as well.

To make a movie memorable, a comfortable experience is necessary. With a well lit lobby and couterous staff to a generously spacious seating and well maintained temprature (yes, making kt super cold or super warm pisses me off Big time), it was a great cinema where you can have some fun with you family and friends.

Overall the experience was amazing.

Would I be going back to that cinema for movies next time you may ask.  Well its a definite YES from my side. For that luxury experience, I might even be choosing it most of the time.

I have always been a fan of Ranbir Kapoor as an actor who delivers whatever role he is required of. TAMASHA revolves around a young man living in the world of stories and himself is a great story teller, but as per society norms he is required to play the role of an average product manager. While Deepika comes in as someone who knows what he really is and makes him realize too.  The story is old but the execution and unfolding of the story with some beautiful locations and different music makes it a delight to watch.  So if you are looking forward to see some different movie this weekend, this is the one for you.

Lastly, Thank you Team Troika Events and PR, especially Momin Ali for having me at the event. 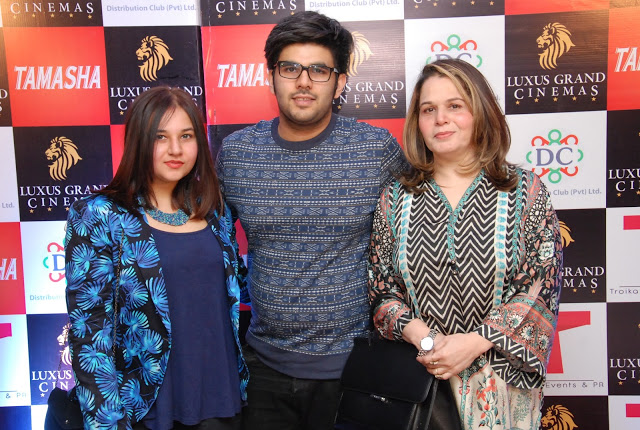